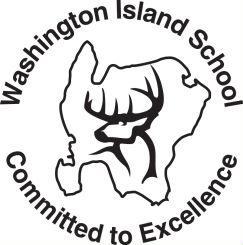 The first school on Washington Island was a crudely built log structure situated on the beach at Washington Harbor in 1850. Later, the building was deemed unfit for use, and new building went up in 1869. Parents were worried about their children falling through the ice during the winter, so in 1881 the building was moved a short distance inland where it continued to serve the community for 23 years.

The school-age population and another new building was needed. So a new school was erected on Main Road in 1904, and it grew in size only a few years later in 1912. The need for more space for elementary students grew, so an additional three schools were built to accommodate the students in 1876, 1890, and 1891. By 1945, all of the schools were accommodated into one building, The Detroit Harbor School.

By 1985, Detroit Harbor School needed remodeling. The building was deteriorating so much that after a storm, the halls flooded so badly that someone brought in a row boat and paddled it down the hallway. It was torn down and replaced with a modern building. An addition was added in 1997 to accommodate the growing student base.