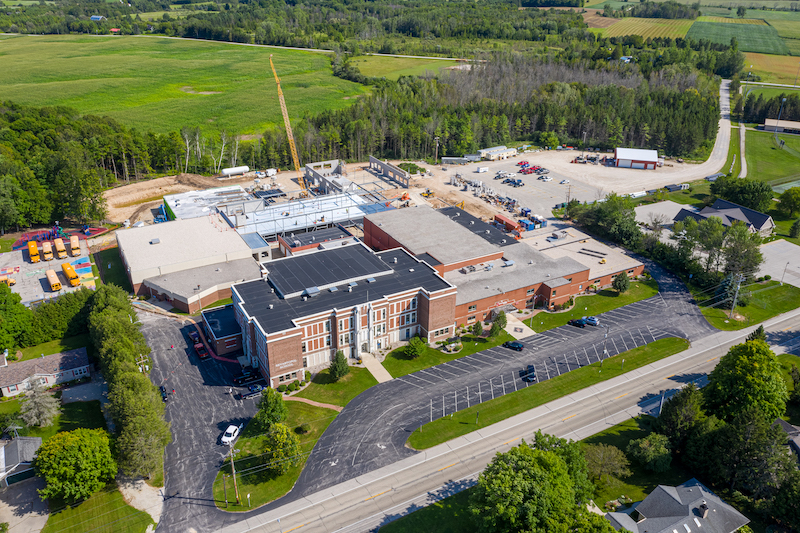 Before consolidating into one school district, Sevastopol was made up of seven districts – Lakeside School, Dunn School, Zettle School, Whitefish Bay School, Fairmont School, Low Valley School, and Hilltop School. A group of mothers banded together to create a unified school district (Sevastopol) which was formed in 1918.

The people in the area wanted a modern building and high school training as the one-room schoolhouses were falling into disrepair. A building committee of four men was established from 1920-23. 1924 was the first year the new building was used for 288 grade school students and 61 high school students. It was dedicated on Sept. 11 of that year.

The first graduation class consisted of five students, all of which had transferred from Sturgeon Bay.

The school expanded in 1991 with the building of the elementary gym/music department, and in 1996 the middle school/high school library was added. The school has plans to add childhood classrooms, a science wing, art, agriculture, and fab lab in 2021.